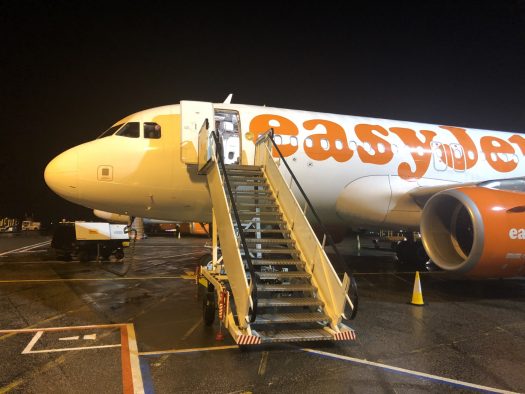 Back in November 2019 I had a meal, which was, well probably the best way to describe it was, it was interesting…

It use to be the case that when I was up in Glasgow and had a late flight home I would go and wait at the airport and be generally disappointed with the standard of the catering available. I order some food and then start wondering why I am eating there, as it is too often over-priced and not very good.

Why I use to do that I am not sure, probably, thought it was a good idea and I could get some work done! The last time this happened to me in Glasgow I decided that rather than do my usual, I would try and find something to eat in the centre of Glasgow. As a result I had a fantastic meal at Babs. I had gone with the Lamb Shish Babs., described as severed chunks of sumac-rubbed lamb grilled over coals. Served on a flatbread on a bed of a sweet pepper and carrot puree and tzatziki; topped with grilled peppers and house pickles. The meal was delicious.

So back in November 2019 I had woken up in Edinburgh, attended an event, before heading off to Glasgow for a meeting. After the meeting I had an office I could use to get some work done. As is usual I had a late flight back to Bristol so I decided I would go out and eat in the heart of Glasgow before heading to the airport.

Going over Google Maps to find somewhere to eat, I was initially tempted to return to Babs, but decided that I wanted to try somewhere new. One place that did catch my eye was Viva Brazi, Brazilian barbecue place.

Slow roasted meats expertly carved at table with a selection of buffet-style sides and salads.

Down at Cabot Circus in Bristol we have Casa Brazil and the concept has appealed to me, so I thought okay let’s go for this today.

It was earlier than most people would eat, it was before five, however I was given a warm welcome and was shown to a table where the entire process was explained to me how the system worked. As I had sat down at the table I went with the lunchtime menu, which though has less meats was cheaper than the dinner option.

There was a buffet of cold and hot dishes which you could go up and help yourself too. I enjoyed the salads that they had.

Every so often a waiter would arrive with a skewer of barbecued meat and would carve off slices.

I did enjoy many of the meats and I enjoyed the side dishes. However I didn’t think it was anything special. Some of the barbecued meats weren’t so much overdone, more that was the part of the cut I received. I quite like my meat medium or rare, but I seemed to get the well done cuts being carved off.

Overall it was an interesting experience, and it satisfied my curiosity about this kind place. Would I go again? Probably not.