This is a Venezuelan Coconut & Lime Sauce chicken dish I made recently. 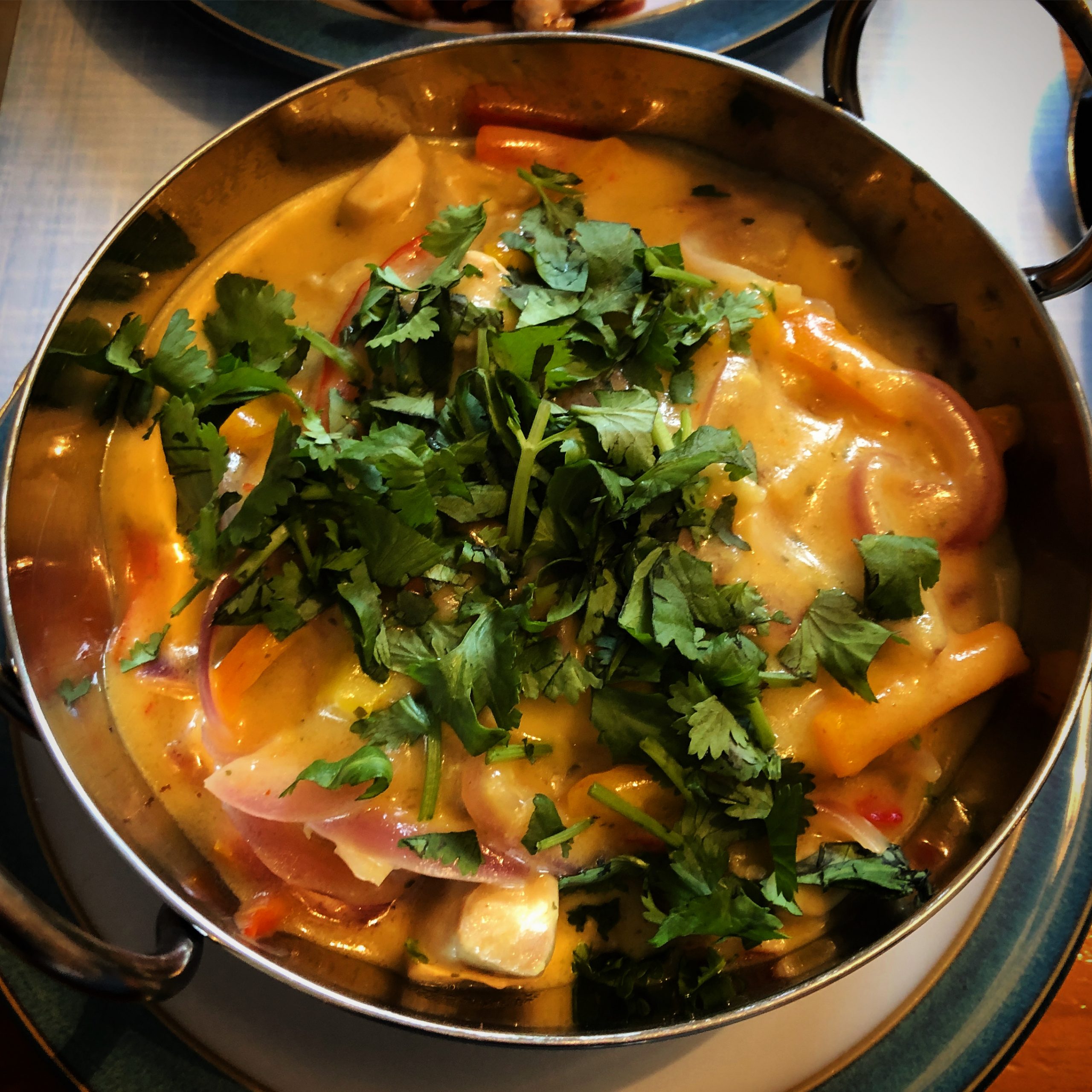 I am a bit of a fan of the Santa Maria Latin American Kitchen range of sauces and spices. Though I like to make my own sauces, sometimes for speed and ease I use ready made sauces such as the Venezuelan Coconut & Lime Sauce. They are also useful when you don’t want to buy all the ingredients to make a sauce like this one, or only want to make a smaller portion as part of a wider range of dishes. I sometimes use the sauces for inspiration for cooking my own sauces.

The Venezuelan Coconut & Lime Sauce is a tasty sauce and is one of my favourites from the range. 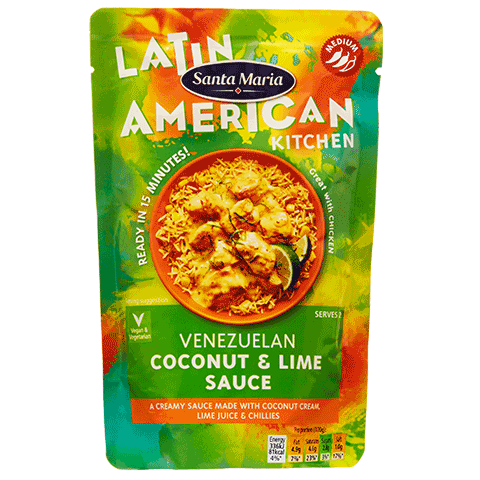 A creamy sauce made with coconut cream, lime juice & chillies. Venezuelan Coconut & Lime Sauce has its roots in the Zulian region, in the north of Venezuela by the Caribbean Sea, where coconut palms grow. This fresh, tangy, coconut cooking sauce brings you a real taste of the tropics.

I generally cook some chicken with onions and pepper before adding the sauce and heating it through., I added some chopped coriander and served the dish with rice.