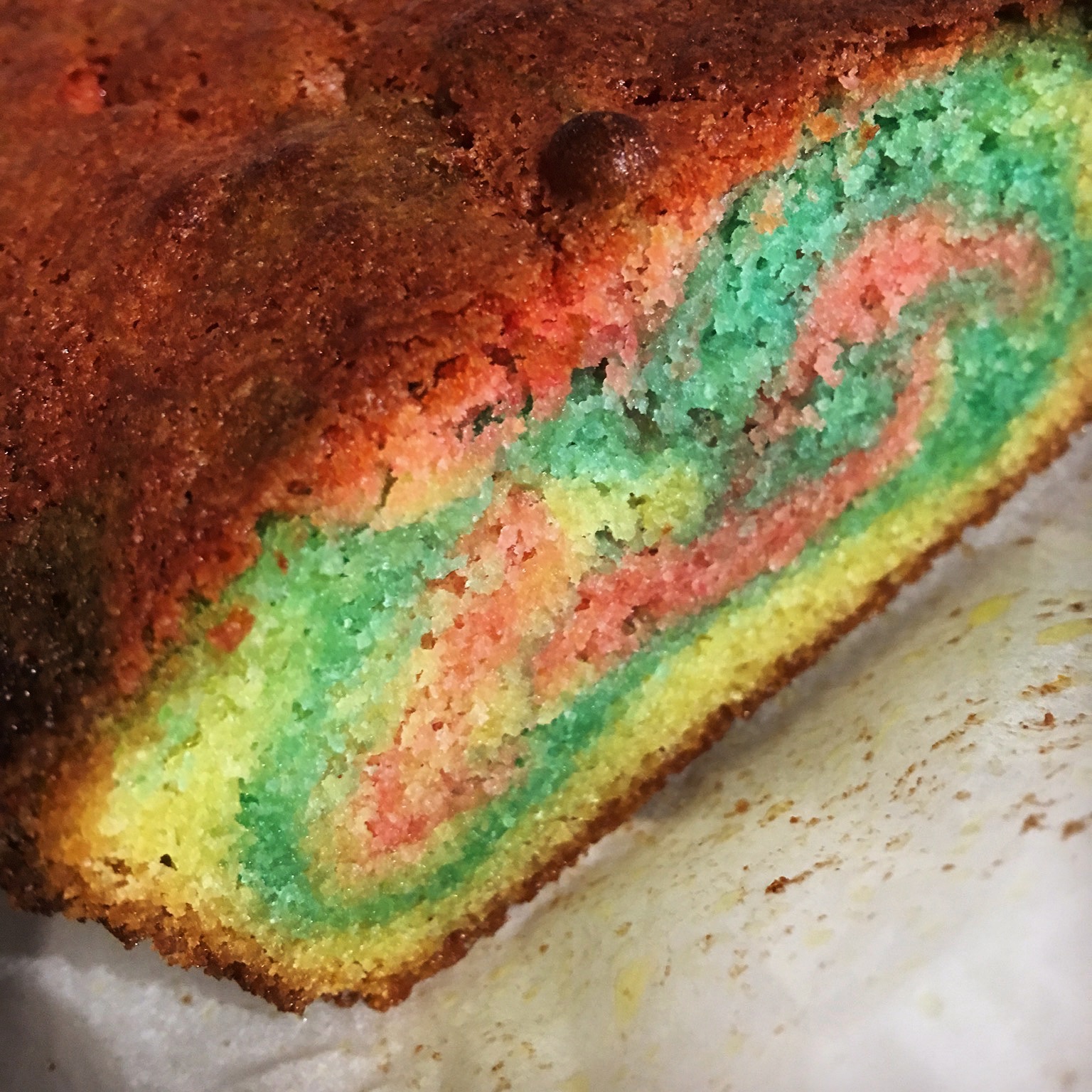 This is a tasty but colourful loaf cake.

The recipe is based on the weight of two eggs

Cream the sugar and butter until you have a smooth consistency.

Beat the eggs, add some vanilla essence. I then added a little yellow food colouring to brighten the cake mixture.

Stir the eggs into the creamed butter and sugar with some of the flour, until the mixture is smooth and consistent.

Then fold in the remaining flour until it is combined with the rest of the mixture.

Spoon a third the mixture into one side of a loaf tin. Then separate the remaining mixture into two portions.

With one of the portions, add some red food colouring to the mixture and stir it carefully until you have a nice consistent coloured mixture. With the other portion use green food colouring.

You can of course use whatever colours you like.

Spoon these cake mixture portions into the loaf tin.

I then used a knife to gently swirl the three coloured mixtures together, you’re trying to achieve a swirly effect, not to combine the mix.

The bake the cake in a 180º normal oven or 160º fan oven for 30-35 minutes or until a metal skewer inserted into the cake comes out clean.

Cool and then serve in slices.