Yesterday I talked about been more adventurous when I order stuff from a menu.

I like to think I am adventurous when I come to eating out, but more usually than not I will go for something that sounds familiar, or I like. Fish is a prime example where I will go for squid, but unlikely to go for a fish dish.

Well when I ordered the following dish, I was not being adventurous. 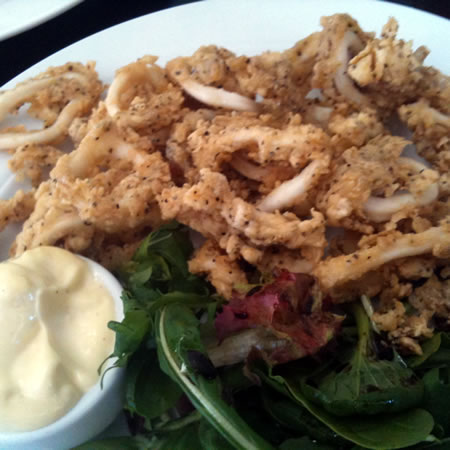 This was salt and pepper squid that I had for lunch when I was in Auckland in New Zealand for a conference in December 2009.

However I was to be slightly disappointed in that it was not made using fresh squid (well I don’t think it was).

One Reply to “Salt and Pepper Squid”