I quite like gnocchi, but though I buy fresh gnocchi, my usual cooking method is to simmer it in boiling water for a few minutes. I have seen people fry gnocchi on the television in cooking shows, but not tried it myself. They always appeared to fry gnocchi they had made themselves. I wasn’t sure how using shop bought gnocchi if that would work out.

So doing some browsing recently I was interested to see they had the Rana pan fried gnocchi on sale. So I bought a pack to try out. 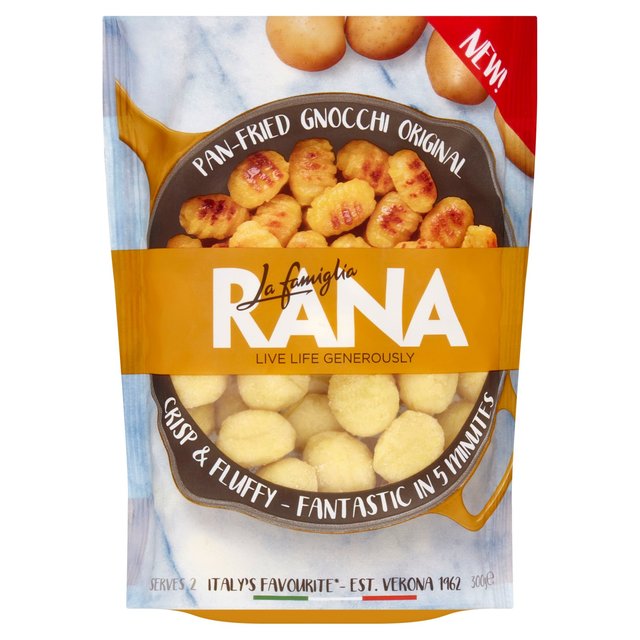 Pan-fried gnocchi are crispy on the outside, but soft and fluffy on the inside,

It had been in the fridge for a while when I decided to cook them. 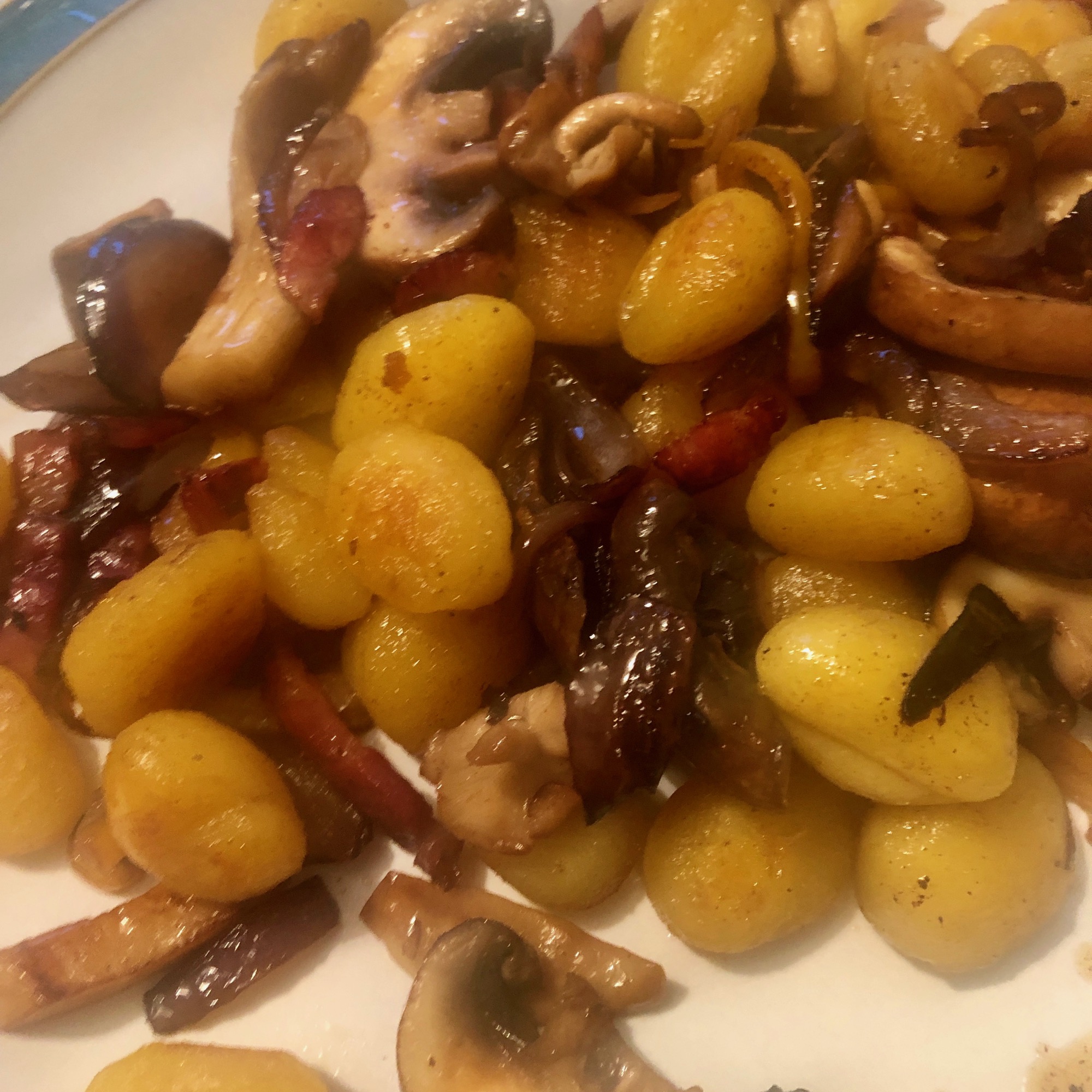 I did enjoy the dish and hope to cook this again soon.