Staying overnight in Cambridge, well over in Madingley, which is just outside the city. I was wondering where I could get something to eat. In Madingley there is a really nice looking gastropub, but was out of my budget, so I looked into the heart of Cambridge. Yes the Midsummer House was a possibility, if I had loads of spare money and no budget, but I didn’t, so no that wasn’t a possibility…

I had downloaded a Zizzi voucher, quick and easy I thought. Checking where it was, I saw on the map the Loch Fyne. I have been curious about the place for a while now, there are branches in Bath and Bristol, but I have never been, mainly as it was usually quite pricey from memory. I thought I would look at the menu and see what I could be missing. Accessing the website I saw that they had a January offer, 50% off mains. Looking over the menu, I saw lots of things I liked the look of, so that was the place.

The restaurant is on Trumpington Street quite close to the impressive Fitzwilliam Museum. It’s an older building and inside there are lots of wooden beams and low ceilings. 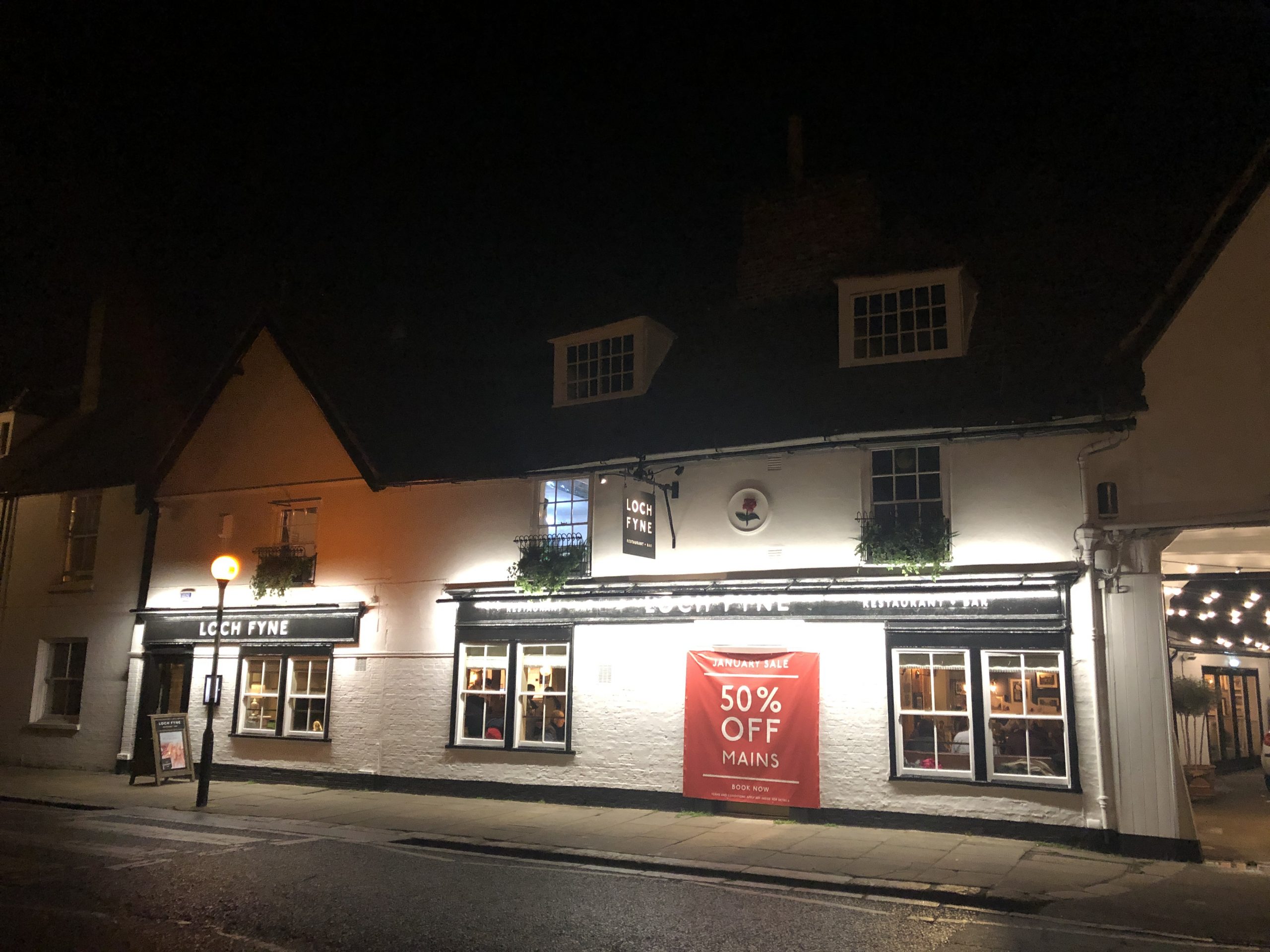 I initially thought, well it’s January, cold and a Tuesday, it wouldn’t be very busy, boy was I wrong. The place was packed. I was left waiting for a while, and then asked to sit in the foyer style area, until a table was free. I waited some more. At this point I nearly left.

I knew the place was busy, so didn’t worry too much about the speed of service, but in the end it was quite quick. The plate looked delicious. There was a huge prawn in the dish, which was nice, as that wasn’t on the dish description. 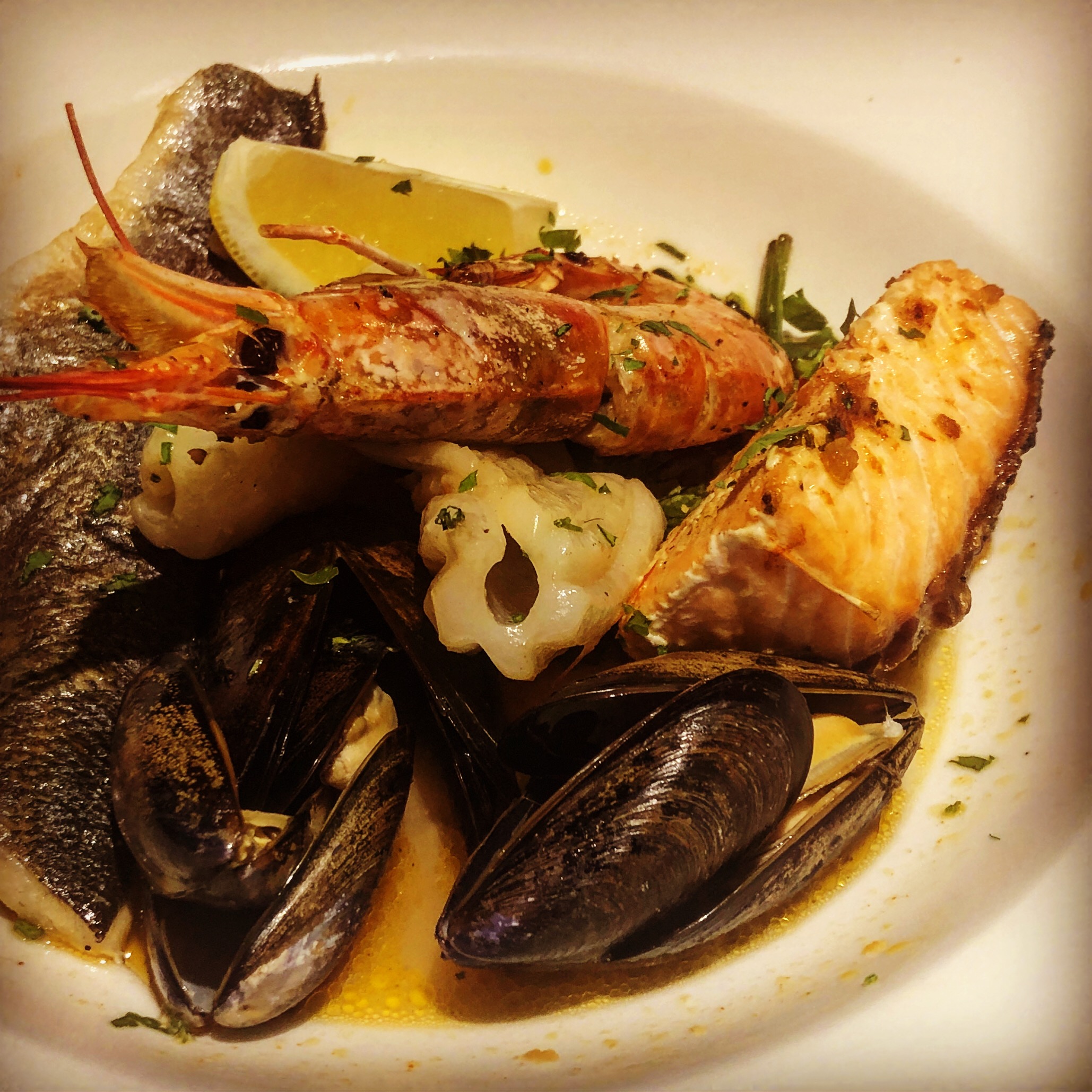 As I tried the salmon, I realised that the king scallop was missing. Considering how busy it was, I didn’t think I would be able to get the attention of the waiting staff, but I was lucky. He was very apologetic and took the dish and returned shortly with the added scallop, well two scallops.

The dish was well cooked, I enjoyed the salmon and the bass as well as the scallops. The squid was nice, as were the mussels. I couldn’t really taste the lobster butter, but there was a richness there I enjoyed. It comes with a side of sautéed potatoes, which were smooth, buttery and rather tasty.

I was surprised by how busy the place was, but I did quite like the environment. The service wasn’t perfect, but I put that down to the number of people in the place.

One Reply to “Time for some seafood”